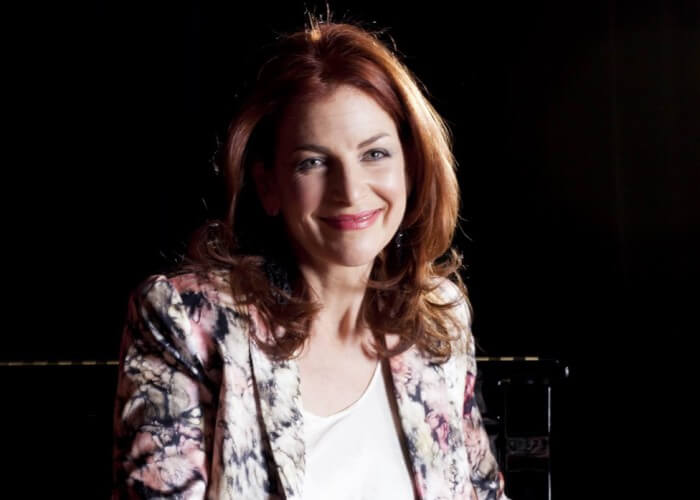 Joanna Weinberg was born in London to a family of classical musicians. She spent her young adulthood in South Africa where she played leading roles in several plays, films and tv shows before emigrating to Australia in 1997. She studied drama at the University of Cape Town and has spent three decades creating and performing musical theatre and cabaret as well as film .

A prolific writer, in the last five years alone she has created, recorded and performed in the cabaret shows ‘Pandora’s Bag,’ (Hayes Theatre Cabaret Festival ) ‘The Piano Diaries,’ (Melbourne Cabaret Festival) and ‘Baroness Bianka’s Bloodsongs, (Hayes Festival ) all of which were critically acclaimed and have travelled widely. Joanna’s work typically features strong and complex female characters- a trait which developed during her acting days when she was bored by the two dimensional parts available for women. Her musical about IVF – ‘Lifeforce – the Mother of all journeys, ’ directed by Lisa Freshwater , won the Sydney Fringe best musical in 2013 and the film ‘ Goddess, ’ based on her one woman show ‘Sinksongs,’ directed by Mark Lamprell, proved popular with audiences worldwide and earned her a Critics Circle nomination for best music in a feature film. Joanna directs cabaret shows and theatre shows in Sydney and occasionally takes on unusual singing students. Her most recent musical play The Secret Singer showed at the Eternity Playhouse in Sydney and has been picked up for touring in 2020. In 2019 Joanna will premiere a new work satirising the contemporary art scene – “Minky gets a gallery” starring emerging talent Jodine Wolman.